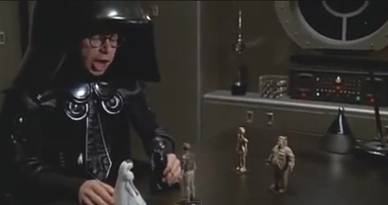 So, it seems the hopes of any more Sentai Figuarts are basically slim and none. It was irritating as a Sentai fan, to see announcements for more and more ridiculous characters Figuarts was releasing -- seriously, Sailor Moon, even though in-the-flesh figures look dumb with Figuarts 2,000 articulated joints? The biggest blow was dealt by Akibaranger, official commercial of Sentai Figuarts, for having such a crap second season that a third was unlikely. Will they still release Aka Ranger, even after shelving him once already? I'd want to buy the Aka Ranger Figuarts, but it's not like its release is a surprise -- of course Goranger would get special treatment. But they needed to make more Sentai heroes, dammit.

"OMG, Sentai is nowhere near as popular as the almighty Kamen Rider." Screw that. If anything, you can thank the AWFUL choices they made of who to release. (Really, Hurricanger? Feckin' Boukenger!?!? Basco and Sally? Those stupid salaryman grunts from Akibaranger?) It's a sad state of affairs when there's a Figuarts for EVERY SINGLE KAMEN RIDER (of which there's about ten thousand now) and EVERY SINGLE FORM, one thousand forms for each individual Rider and just about five Sentai shows represented. (And not only that, but they're now moving on to re-releasing old Rider releases! I mean, I know those old ones sucked, but get to something new first!) It's a sad state of affairs when you can buy a Figuarts of Kamen Rider Imperer or the useless acorn Rider from Gaim or EVERY SINGLE FORM OF WIZARD'S DESPITE NOBODY IN THE WORLD LIKING THAT SHOW, but you can't buy a friggin' Red Falcon Figuarts. They couldn't even do the most lazy and basic thing of releasing a figure for each Red before giving up.

And you can't say "Well, the Sentai Figuarts wouldn't have all of the radical weapons that a Rider can." Because bullshit! If they can come out with Showa Riders with their no weapons or Space Sheriffs with just their lightsabers or Kikaider with just his hands, then a Change Dragon with just a Change Sword and his Power Bazooka should have been enough. Imagine a Red One with a flaming sword -- that beats Akiba Red's stupid power-up form, doesn't it? How about a Red Mask with a lasered-up Masky Blade, Laser Magnum, alternate Godhand hand, alternate meditation hands, maybe some plastic little aura waves you can attach to his hands? Also, I'm amazed that they haven't done a goddamn Vul-Eagle by now because of how much the Japanese fans inexplicably love that overrated show.

I'm tired of Sentai getting the short end of the stick, just like it did with Medicom (which I guess is a bit of a blessing, since those things were disgustingly overpriced) and Charawheels. (I still think a three pack of the Liveman on their motorcycles would be cool. Certainly cooler than Ryuki in his ugly whatever-the-fuck-that-not-bike-thing thing is.)

P.S. They just announced Figuarts for Blue Beet and Black Beet from B-Fighter. That really, really, really sucks. (Sorry, I kinda can't stand B-Fighter.) I was hoping, after the Space Sheriffs, they'd get to someone like Spielban, who has been seriously unrepresented by action figures. There's not one decent Spielban toy out there -- the soft vinyls from the '80s barely look like him, the deluxe light up toy was huge and clunky and broke easily -- you couldn't even count on a good American figure, because the VR Troopers toys were literally the worst toys ever made. Ideally, it would be a Spielban and Diana Lady two-pack. You could REALLY cheap out by taking Diana Lady and then making a Helen Lady Figuarts (the only difference being a weapon), having a two-pack of Helen Lady and Hellvira. We all know how much toy companies love ripping people off by reissues and repaints, don't we? Helen Lady would be a new figure they'd have to do nothing with other than make a different weapon.
Posted by Shougo B'Stard at 4:54 AM 2 comments: