I was just finishing up Ultraseven, and I forgot about the episode where Akiji Kobayashi guest stars as a businessman who returns home drunk one night...and nobody knows who he is! It's one of the show's more lightweight stabs at a Serling-like set-up, and an episode I find too odd to have as one of the final ones, but not as odd as Kobayashi guest-starring in the small role after playing the Captain in the previous Ultra show.

Doesn't matter, though, because Kobayashi's likable as always. As both Captain Muramatsu in the first Ultra series and as Toubee Tachibana in all of the '70s Kamen Rider shows he's likable and dependable. (Being more of a Rider/Toei fan compared to an Ultra/Tsuburaya fan, I prefer Tachibana, and the way he's sort of Alfred to Kamen Rider's Batman. But that's beside the point.) Kobayashi's a big deal to toku -- the legend goes that, after starring in the first Ultraman and first Kamen Rider series, with the success they saw, Kobayashi began to be considered a lucky charm for a tokusatsu show. So, as a Sentai fan above all other toku franchises, I'm like...well, where was a Sentai role for him, dammit? Well...

I don't think it's been officially confirmed, but a rumor that's circulated the Japanese fandom for a while is that Toei was considering casting him as Ohranger's commander, Naoyuki Miura, but Kobayashi's health was in decline. (He died a year after Ohranger was made.) Even though I think Toei made just as wise of a choice in deciding on Hiroshi Miyauchi for the role -- which ends up as a nice way of celebrating what was Sentai's 20th anniversary, and finally acknowledges the Ishinomori series -- Kobayashi would have been a really neat get, a prize of a different sort for Sentai's anniversary, and he would have had that Sentai role on his resume, and been a mentor for heroes in all Big Three franchises.
Posted by Shougo B'Stard at 5:11 PM 1 comment:

Kyoryuger is upon us... 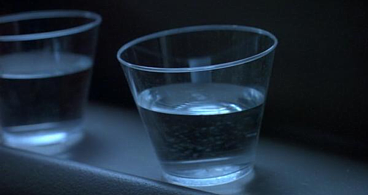 More and more info for Kyoryuger is coming out, and everyone's offering up their opinion, and me? I'm afraid. Very afraid. First of all, I roll my eyes at dinosaur motifs. Let's get away from animals and cars for a show, Toei. Geez. My cynical and curmudgeonly self thinks the show looks like it's going to be bright and obnoxious and idiotic and that it might make Go-onger look like Sons of Anarchy. It doesn't help that Bandai's saying stuff like Kyoryuger's going to be bright because Go-busters is "too dark." Go-busters -- dark? (Are you sure you don't mean "sucky," Bandai? As in, not even the most easily brainwashed kid wanted to buy that show's crappy toys?) The battery gimmick seems dumb and like it will hog a lot of episode focus and they'll try really hard to pretend like it's interesting (see: Gao Jewels), and this whole samba thing...I just get flashes of that one awful episode of Wizard I watched, where his belt wouldn't shut up with its loud sounds and drunken Steven Tyler voice: "Rider Kick, please! Oops, I forgot this franchise isn't Kamen Rider anymore, so there's no Rider Kick. Pixie Sparkle Dance Time, please! SHABADABOODOOOOOOO!"

Ugh. But, then, I try to keep in mind: my intense hatred for preceding series Hurricanger and the idea of talking CGI dinosaurs caused me low hopes for Abaranger. But, hey, I ended up liking that show, it pulled me in from the first episode and is one of my favorites. And Kyoryuger's main writer is Kamen Rider W's main writer, Riku Sanjo, and I thought all of the early info on Double made it look like a really bad Toei Fushigi Comedy, but, again, I was pulled into that show from the first episode. So, a flimsy sense of optimism is like "Hey! Maybe Kyoryuger will surprise you!" But I'm mostly afraid and skeptical and more interested in Akibaranger Season 2 -- and even then, I'm afraid Akibaranger II: Akiba Harder will suffer from the disease of Sequelitis*.

(*Symptoms of Sequelitis include not realizing what it is that made the predecessor good or liked; trying too hard to "outdo" the previous entry, resulting in strain; lazily recreating popular bits in an inferior manner; putting more money into the product, but not more thought.)
Posted by Shougo B'Stard at 2:35 AM 5 comments: 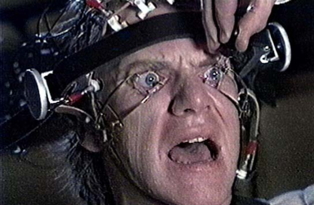 The show started off like molasses, and then, thankfully, Akibaranger came on and distracted me from Go-busters. I liked Akibaranger, and it's the show Toei should have aired as 2012's Sentai, but didn't have the balls to. Focusing on Akibaranger caused me to get behind on Go-busters, and episodes kept piling up, and jumping ahead to episodes like the TERRIBLE, TERRIBLE Gavan-Fake crossover didn't exactly inspire me to keep up with Go-busters. But, you know, I wanted to have it done and finished by the new show (and/or Akibaranger's second series), so I've been trying to finish it...

The cast sucks, they've always seemed to me like the B-Team, like whoever Toei really wanted to cast all turned the show down.

Messiah, Enter and Escape are the most boring, useless, boring and awful "villains" of the Sentai franchise. Enter's basically like if the only villain in Maskman was Anagumas, and then the show decides to add another character, just the female version of Anagumas.

Parents must love this show, because not only is it an easy way to get a kid to fall asleep, but it can be used as punishment. "Hey, you better behave, or I'm going to put in a Go-busters episode!"

This show just might overtake the likes of Hurricanger, Boukenger and Go-onger as my least favorite Sentai show.
Posted by Shougo B'Stard at 5:07 PM 8 comments:

I can't quite explain it, but I always thought there was something really cool about Flashman's Ulk. People dismiss characters like her (and Kiruto) as being rip-offs of Farrah Cat (who, to be honest, I never really understood why people liked so much), but something about the way Nagato plays her makes her really stand out to me. Like...Kiruto's actress seems almost like she doesn't want to be in the show, but Nagato brings something to her performance, something that makes Ulk seem more important, as much of a threat as one of the higher ranking Mess officers and not just Neferu's underling. When Dai has to resort to using brass knuckles to take on Ulk, you know she's tough.

Born March 14th, 1962, Nagato was a member of the Toei Action Club and got her start playing the suited Horror Girl in Gavan, and had a few other bit parts before playing Ulk in Flashman. Nagato made several guest appearances in '80s toku shows, but I feel like she was sadly way underused -- a good actress with a tough look, she was bad-ass! Why couldn't she have played a Metal Heroine? Or a Metal Villainess? Me, I would have cast her as a Kamen Rider, an idea I had after seeing her in Jetman as J5 of the Neo-Jetman -- who, in their short appearance, showed Nagato as the coolest of them all. Her biggest role is probably as main villain Madam Q in Blue Swat, but the show never gives her much to do (not even action), and her character was one of a few character additions to the show when it was changing tones, so her character never quite meshed with the show's tone. Nagato currently makes frequent appearances at fan events.

An overlooked performer never given as much as she should have been given, I nevertheless name Miyuki Nagato one of Shougo's Toku Legends.
Posted by Shougo B'Stard at 5:34 PM 1 comment:

I posted this at HJU before, but I came across it going through an old folder and got a chuckle out of it again. Remember those Power Rangers Auto Morpher toys? Sentai had a couple and, while it sounds like a nice idea, they always looked pretty bad. The worst, though, has to be the Oh Pink one. Tamao Satou, one of the most popular actresses of the franchise, considered to be one of the best looking actresses in Sentai, gets this sorry excuse for a figure -- the sculptor must have hated her guts. But it does bear a strong resemblance to Goseiger's Yuudai Chiba, wouldn't you say? So you could buy it to make your own Alata figure! 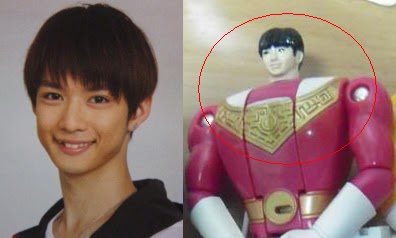 No wonder Tamao stayed away from toku for so long!
Posted by Shougo B'Stard at 4:34 PM 1 comment:

There are 36 entries in the Super Sentai Series, each of them with the Red leader. In all of those shows, there have been just several suit actors behind Red's mask. Here's my pick for the best ones...

Number One is Kazuo Niibori, of course -- The King of Reds. Mister Red. My favorite suit-actor, period. He's played most Reds in-suit so far, and remains the best. No matter how thin the out-of-suit character is (*ahem*Goggle Red*ahem*), you can always count on Niibori to bring his A game and make that character seem 100 times cooler. Niibori's sword skills not only bring his Reds a samurai-esque presence, but made the sword a Sentai Red's number one weapon of choice. Niibori always brings such a powerful presence and authority to his Reds -- you know Red's the guy in charge, and that he's nobody to be messed with. 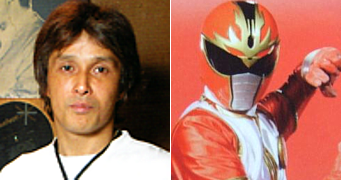 Naoki Oofuji -- Oofuji sadly only got one shot at playing Red in-suit, but how memorable it was. In my opinion, he's the closest to Niibori anyone has gotten since Niibori retired, bringing not only the authority, but a smoothness as Ryuu Ranger -- check out those slick fight scenes. What's more impressive is Oofuji's versatility as a performer -- can you believe Ryuu Ranger is the same guy who played Liveman's Guardnoid Gash, Jetman's Black Condor, and then went on to play Carranger's Green Racer? All such different roles, all different kinds of kick-ass. (Yes, even Green Racer.) 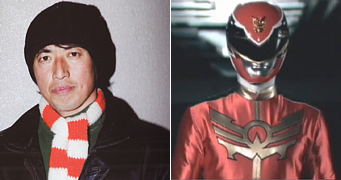 Yasuhiro Takeuchi -- Like Oofuji, it's seeming like Takeuchi is only going to get one chance at playing Red, but he made it count. As I said previously, I think Takeuchi's excellent job as Gosei Red in-suit heavily influenced how they started to write Alata, for when Alata was still a nincompoop in the early episodes, Takeuchi never made him anything but a swift, formidable fighter. Like Oofuji, Takeuchi has played a wide variety of roles, and as a long-time fan of his, I knew from roles like Blue Swat's Sig and Gao Yellow that Takeuchi had it in him to play a decent leader. (So, it's sad that people have come to just know him for his quirky and comedic performance as Gokai Green, when Takeuchi has shown himself capable of so much more.)

While I'm glad that the talented Yoshifumi Oshikawa is now in the Red position, he hasn't been given much to do in Go-busters. Still, with his track record (he's done great work as Kamen Riders Gills, Gallen and Ibuki), I think he has potential to become a good Red.

However, everyone else pales in comparison to Niibori, Oofuji and Takeuchi!
Posted by Shougo B'Stard at 2:00 AM 3 comments: