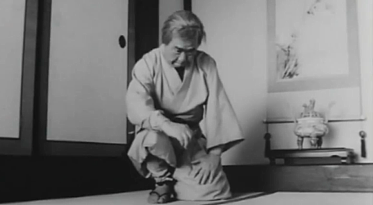 I didn't want my first post of the year to be anything overly negative, so I'll just say...

I won't say something like "I look forward to Ninninger" -- Toei can't make a person that optimistic -- so I'll leave it at...I'm going to try to keep an open mind about Ninninger. I think the suits look nice; the cast didn't make me want to immediately punch their photo the way Tokkyuger's cast did. Cool and interesting villains would be nice, but I don't expect 'em. People are automatically assuming we're getting a crossover with Kakuranger and Hurricaneger, but I'd like Toei to go the extra mile and get Jun'ichi Haruta to come back as Ryu Hoshikawa/Dyna Black, too. Yuki Nagata has recently resurfaced, so don't forget her Haruka/Yellow Mask, either. I'd really like Toei to go crazy and bring back Takumi Tsutsui as Touha Yamaji/Jiraiya -- the guy still loves Jiraiya and looks pretty much the same. (Who'd have thunk, all these years later, that Sekai Ninja Sen Jiraiya, with its nutty ninjas-around-the-world-competing-for-treasure concept, would be the best ninja tokusatsu? Having Masaaki Hatsumi as a co-star and ninjitsu advisor goes a long way, I guess.)

I've been rough on a lot of producer Naomi Takebe's work in the past, and I still think a lot of Go-busters' problems came from her not having her heart in doing a Sentai (having come from the almighty Kamen Rider), but after that show's massive flopping, I feel like she's actually going to be trying this time -- she has something to prove with Ninninger.

I'm a bit skeptical about newbie head writer Kento Shimoyama, though. He's done a couple of scripts that I thought were funny (Goseiger episode 26 and Go-busters episode 26), but he's also done some stuff that I thought was just awful (the Gavan episodes of Go-busters; Go-busters VS Go-busters). I kinda get the impression from his writing that he doesn't even like tokusatsu, that he likes to mock it. His scripts are always poking fun at the show's team or depicting them in bad ways or mocking tropes. But I'll try to keep an open mind. I mean, who thought that the guy who wrote all of the worst standalone episodes of Jetman would go on to write Kuuga and Abaranger? (Arakawa's Jetman episodes...terrible. I'm surprised he didn't write that dumb tomato one.)

Like I said -- Shougo's going to fight against his normal instincts and keep an open mind. I'd like Ninninger to be good -- it's been a rough couple of years for Super Sentai. Not even in the dark days of Magiranger and Boukenger did I think "Maybe Toei should take a break from making Sentai" the way Tokkyuger's made me repeatedly think throughout its run.
Posted by Shougo B'Stard at 8:44 PM 13 comments: